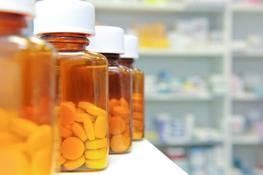 However, what they have failed to properly advise the public are the vast side effects many of these drugs have that are causing serious, if not fatal injuries to the general public.  Coupled with recent reports of falsified safety studies, our society has the perfect mix for a disaster for the consumer, who diligently followed their doctor’s recommendations for the best medication to treat their illness or condition.

The pharmaceutical industry has been putting their corporate profits – which is in the tens of billions of dollars every year – ahead of public safety.  An experienced Atlanta Dangerous Drug Attorney can help victims of serious injuries caused by the side effects of certain drugs such as Yaz, Yasmin, and Ocella.

An experienced attorney can evaluate claims on behalf of individuals throughout Georgia who were prescribed these drugs and have suffered serious side effects including blood clots, strokes, deep vein thrombosis, pulmonary embolism, heart attacks, gallbladder removal, kidney failure, pancreatic cancer or death.

In addition to Yaz, Yasmin and Ocella, there are numerous other drugs on the market which pose a risk to the consumer.  We are also evaluating claims for any individuals who have used the following drugs or medical devices as well:

Although drug safety and testing is regulated by the Food and Drug Administration, unfortunately they have been less than effective in controlling the pharmaceutical industry’s claims of safety when they have proven to be false.  The advertising campaigns of many of these companies have consistently minimized the serious risks of these drugs or medical devices while exaggerating the benefits.  Many of the corrections demanded by the FDA are too late for many consumers who have already suffered such injuries as:

If you or a loved one has suffered a serious injury, or a loved one has died after using any of the above drugs or medical devices you may be entitled to financial compensation. In personal injury cases where individuals have been injured by potentially defective drugs or medical devices, it is important to act quickly to preserve evidence and investigate the injury.  Further, you must file a lawsuit before the statute of limitations expires.  If you delay filing your claim, and the statute of limitations expires, you may lose your rights to compensation.